Inadequate staffing and substandard patient handling equipment can get in the way of a nurse’s ability to care for patients. And then there is the human factor. Walk into any office break room, and you will find a wide variety of temperaments and personalities. In fact, sitcoms and movies that parody workplace culture are commonplace. In healthcare, however, where a patient’s welfare is in question, disruptive behavior is no laughing matter. HR problems can escalate quickly and can have dramatic negative impacts. 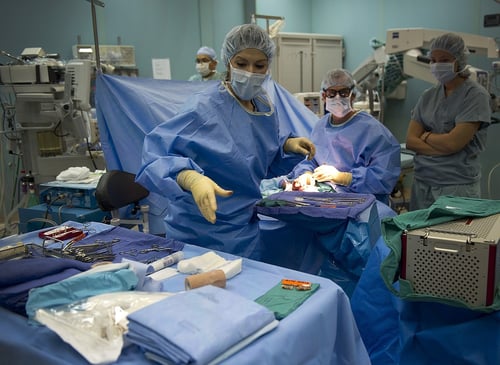 The Power to Misbehave

It is an unfortunate fact, but healthcare workers are routinely exposed to intimidating behaviors from co-workers, and physicians are often seen as the perpetrators. While inappropriate conduct is not exclusive to doctors, because of their position of relative power in a healthcare setting, their disruptive conduct is often overlooked or not reported, particularly if the offender is a high-volume physician who generates substantial revenue.

In a survey about physicians’ mistreatment of staff, 64% of nurses reported that they are on the receiving end of verbal abuse from a physician at least once every two to three months. In addition, 23% of nurses reported at least one instance of physical threat from a physician; the most common was having an object thrown at them, like a chart or surgical instrument. Similarly, a study of VHA hospitals revealed that 96% of nurses have witnessed or experienced disruptive physician behavior. 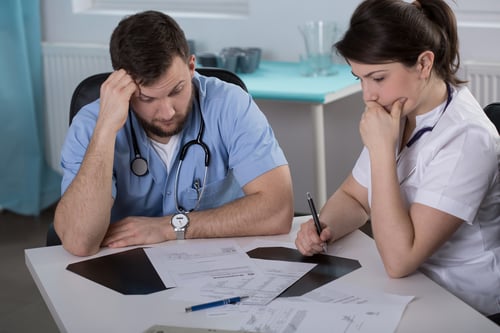 The American Medical Association defines disruptive behavior as “personal conduct, whether verbal or physical, that affects or potentially may affect patient care negatively.” This includes words or actions that impede an employee’s ability to work with other members of the health care team, for instance, making comments that undermine a caregiver's confidence in caring for patients; throwing objects; and subtly intimidating staff with condescending language or tone, impatience with questions, and reluctance or refusal to answer questions. While there are myriad examples of disruptive behaviors, most nurses summarize their experience with one word, disrespect.

Most experts agree that a small minority of doctors (three to five percent) is responsible for the majority of these incidents. However, even competent, effective physicians have resorted to inappropriate conduct during times of stress.

A former VHA medical director notes that disruptive behavior can have costly consequences for healthcare facilities, such as lawsuits by employees alleging a hostile workplace or the resignation of experienced nurses. In fact, nurses rate disruptive behavior as the number one factor contributing job satisfaction and morale, and more than a third know at least one nurse who left a job because of it. Nurses who remain in a disruptive environment work in a climate of stress and fear. Under these conditions, they may be reluctant to report safety problems or advocate for patients, for fear of rocking the boat. This, of course, can have a negative impact on patient care and lead to poor patient outcomes.

Finally, disruptive behavior can cause headaches for administrators and managers. No one wants to work with an ill-tempered and unpredictable colleague, so scheduling staff to assist these physicians can prove challenging, Furthermore, it can lead to staff dissatisfaction, low morale, and turnover. 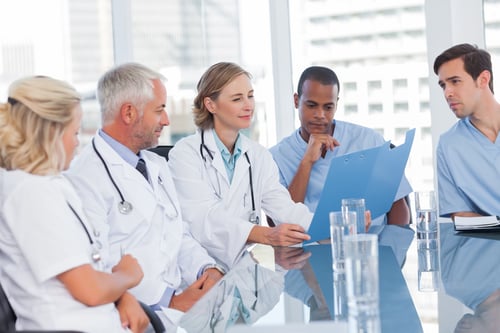 While punishing those who lash out at collogues, compromise patient care, and contribute to staff turnover would seems logical, putting an end to disruptive behavior is not a straightforward process. As mentioned, hospitals are not eager to penalize physicians who generate significant revenue, so they are often held to different standards than their lower-profile peers. Other facilities do not have established protocols for dealing with bad behavior, or if they do, they are not enforced. Legally, this should not be the case. The Joint Commission (the body that accredits hospitals) mandates that hospitals establish procedures for dealing with disruptive behavior.

Staff, too, might have some sway. While in some cases it is not realistic for nurses to take action, often they can share their concerns with  a nurse manager, another physician, or HR. In addition, a dated but still relevant article in the American Journal of Nursing offers these suggestions, among others:

Disruptive behavior is different from criticism offered in good faith with the aim of improving patient care. It damages teams, put patients at risk, and can potentially be costly for hospitals. For these reasons, employers should be vigilant about identifying destructive behavior and consistently punishing perpetrators.