Posted by Larissa Biggers on September 14, 2018 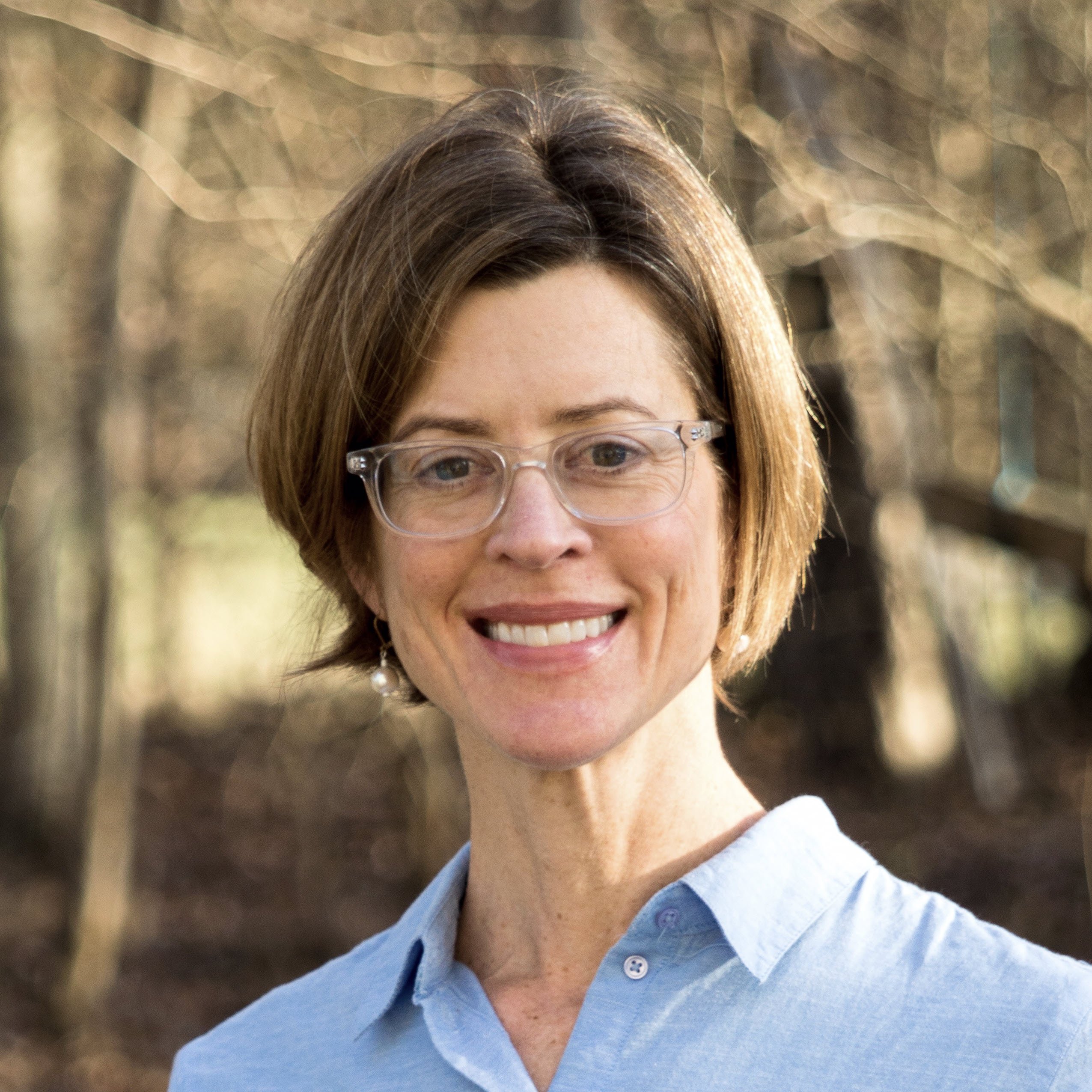 Dr. Gary Tigges replied that female physicians choose to not work as hard or see as many patients as men, and as a result are (justifiably) paid less. Furthermore, he noted that nothing needs to be “done” about the situation. 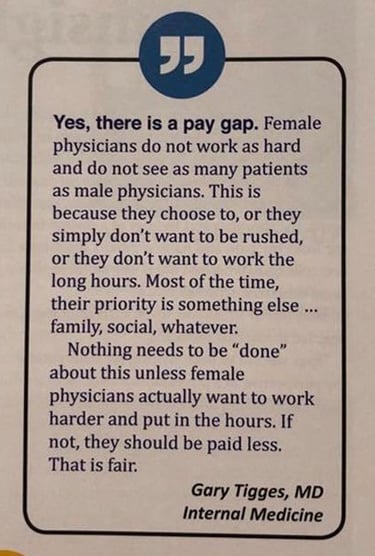 Some say his remarks were taken out of context. Others claim that they are indicative of a discriminatory, sexist climate in medicine. No matter your position, the fact remains that there is a disparity between male and female physicians, and not just a financial one.

In 2017 across all specialties, male physicians earned 27.7% more than their female counterparts. This figure is larger than in the previous year, when they made 26.5% more. In no medical specialty did woman earn more than men. Gastroenterology had the fifth largest disparity, with men earning 19% more than women.

According to Dr. Tigges, because women elect to work less, the salary gap is “fair.” Yet a recent study, after adjusting for practice setting, work hours, practice ownership, free endoscopy center practice, and vacation time, found that female GIs earn 22% less per year than their male colleagues. The data simply do not support his assertion. 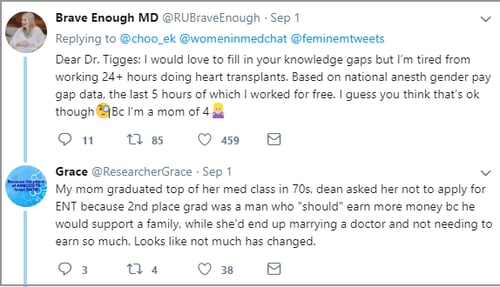 More Than a Pay Gap

Not only are female GIs at a financial disadvantage compared to men, there are fewer of them. Although approximately 50% of medical school students and 40% to 50% of third-year internal medicine residents are women, only 25% to 30% of GI fellows are women. And this number has not changed over the last several years. In 2016, only about 13% of gastroenterologists in the U.S. were women.

Ironically, though, studies show that female patients strongly prefer female GIs for both office visits and colonoscopies. Furthermore, in terms of effective colonoscopies, female endoscopists have a higher adenoma detection rate than men. So why are there so few women GIs? Some hypothesize that because specialties like gastroenterology and cardiology require significant on-call duties, women, who often bear the brunt of responsibility for childcare, are less attracted to these specialties. Yet, 85% of OB-GYNs (who are on call for many more hours than GIs) are women.

Similar numbers are reflected in academia and professional societies. A 2016 survey of the top 50 NIH-funded medical schools found that only 13% of department leaders were women. The American College of Gastroenterology (ACG) has had just two female presidents, and the American Gastroenterological Association (AGA) elected its first female president in 1942 and 1943; the next was in 2010.

Grace Elta, co-author of “Is the glass ceiling in gastroenterology gone?” believes that the tide could be turning. In an interview published in ACG Update, she stated, “The numbers [of women in GI] are clearly increasing. It’s slow, but everything in medicine is slow. I guess it’s surprising to me how slow…. It’s already been over 20 years where medical schools have been around 50% women. You think, ‘Wow, it’s been that long. Why is it taking so long for GI and cardiology to catch up?’ But they are catching up. I think it is happening, it’s just slow. I think role models help, seeing that other women have done it. I think mentors help, having someone to talk to, to say ‘You can do this.’ I think that makes a big difference.”

While many individuals, both men and women, were outraged by Dr. Tigges’ remarks, he did get one fact right—the pay gap exists. Elta herself notes that while there may be progress in other areas, one that needs attention is salary equity. In contrast to Tigges, she states that the discrepancy is “grossly unfair and likely will not change until greater transparency occurs around salaries.”  The American Medical Association (AMA) agrees. It has pledged to close the pay gap and take steps to advance gender equity. Plans include: advocating for pay structures based on objective, gender-neutral criteria; creating educational programs on equitable compensation negotiation; launching an awareness campaign on doctors’ rights under the Lilly Ledbetter Fair Pay Act and Equal Pay Act; and hosting workshops on the role medical societies can play in advancing women in their fields.

These are signs of progress. It’s about time.

This blog is designed to discuss key topics in colonoscopy.